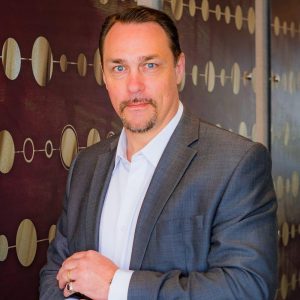 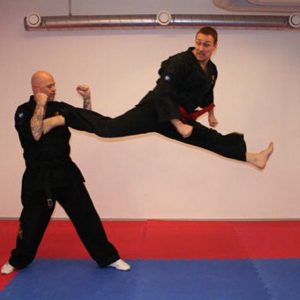 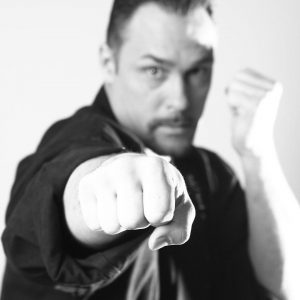 Mats Tverin, Shihan, is the Founder of Ronin Do Karate & Ju Jutsu and the President of Ronin Do International. Tverin Shihan began his training in Martial Arts at the age of 13 and has been actively training since then. He studied directly under Grandmaster Ernesto Castro for over 20 years. GM E.Castro was a private student of GM R. Cocatré and Technical Director of R. Cocatré int. De Bushido. In the early ‘90s Tverin Shihan also studied and taught Muay Thai. In addition to this, he also trained in boxing during 1990-1992 and 2001-2002 and Tae Kwon Do during 1995-2007. Shihan was on the board of the Medical Committee of the National Governing Body of Martial Arts in Sweden (Swedish Budo and Martial Arts Federation) between 2009-2013 and the Swedish Kyokushin Federation (also under Swedish Budo and Martial Arts Federation). 2012-2013 Shihan Tverin has been inducted into the Action Martial Arts Magazine Hall of Honour and several Hall of Fames around the globe Cape Verde,Lisbon. London, Split (Croatia).

Like in so many other styles and Arts, Shihan found it impossible not to go his own way and started Ronin Do International. Focused knowledge includes fields of biomechanics, kinesiology, how the nervous system works, mental training for both sports and self-defense. Since the start in 2005, Ronin Do International has grown rapidly and currently consists of 7 Schools in 6 Countries. Shihan is often invited to both National and International camps as an instructor and has taught in the US.A., U.K., Spain, Germany, Portugal, Belgium, Denmark, France, Croatia and Sweden where Ronin Do Honbu Dojo is situated.

The style of Ronin Do is a contemporary Self-Defense system. Techniques that only have historical value and function are eliminated. All techniques are adapted to ensure that they are as effective as possible, and the performance is based on a modern athlete’s physiology/psychology.

Break it and he can help heal it; Tverin is ranked one of Sweden’s top Chiropractors. A master at healing arts, Tverin embraces botanicals for natural wellness including cannabidiol (CBD). His Company, CBD Traders Europe, is located in Poland.