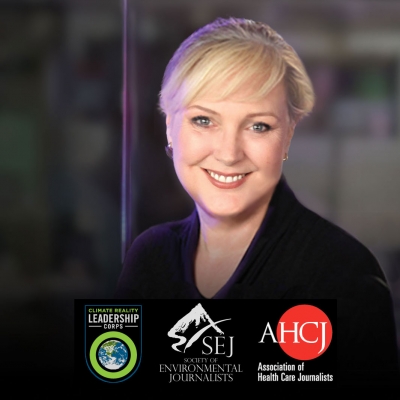 Snowden Bishop is a seasoned author, journalist, photographer and producer with works published worldwide. Her career began in the fast-paced environment of broadcast journalism. She “cut her teeth” in FM radio stations as a drive-time disc jockey, producer and news reporter. She graduated into television news after being recruited by a San Diego NBC affiliate, KCST-TV, where she worked as an evening news assignment reporter. She later returned to Missouri to accept a new position as the anchor for “Today Show” cut-ins and morning news at the NBC affiliate, KCBJ-TV. An offer by CBS Television to co-host a national youth-oriented talk show transported her to Los Angeles. Just days before the show premiered, CBS abruptly cut all new programming to stave off a hostile corporate takeover. The show cancellation presented new opportunities behind-the-scenes in music, television and film production.

Snowden has since held a myriad of positions ranging from production staff to executive in talent relations, programming and production for major media companies including CastleRock, HBO, Warner Bros and EMI/Capitol. During that era, she worked with legendary performers including Robert Palmer, Alice Cooper, Ray Davies, Todd Rundgren, George Harrison, Ravi Shankar, Paul McCartney and a host of A-list directors, producers and actors.

Independent production opportunities she could not refuse lead her to form her own media company, Bishop Arts & Media (a.k.a. BAM Productions) in 1998. As principal of BAM, Snowden became an award-winning producer of films, documentaries and critically acclaimed live theater projects ranging in budget from $5 Thousand to $6 Million stemming from relationships with HBO and Warner Bros including the runaway hit White Trash Wins Lotto and the ballet/musical adaptation of Casablanca, which debuted at The Great Hall of The People in Beijing, China. In industry circles, she became known for innovative campaigns she created to promote her productions as well as her masterful storytelling and editorial skills, which garnered a following of high-profile clients for ghostwriting, marketing, media and other editorial services.

In 2009, she relocated to Arizona to be near her family and founded BEAM Global Media as an extension of her ambition to address environmental and social responsibility through cause media. She has since served as editor-in-chief and co-publisher of several niche publications including AZGreen Magazine and Sustainability in Education. She has also developed editorial content for clients in the higher education and sustainability sectors. In 2014, she produced the first worldwide streaming of Life Is Beautiful, a major three-day music, education and arts festival in Las Vegas with her partners and a world-class technical production team.

Having written about cannabis since 2010, Snowden parlayed her passion for sustainability, compassionate care and a burning desire to raise awareness about the cannabis movement into BEAM’s 2016 launch of The Cannabis Reporter. The new online media outlet features news, resources and articles that endeavor to engender widespread acceptance. The Cannabis Reporter Radio Show marks Snowden’s return to broadcasting in front of the mic.

Exceptionally knowledgeable about sustainability, the environment and wildlife conservation, she is frequently invited to speak at events and co-host radio shows. She has been a juried member of the Society of Environmental Journalists since 2011 and Association of Health Care Journalists since 2016. In 2014, she was nominated to train with former Vice-President, Al Gore and earned her induction into Climate Reality Project’s esteemed Climate Reality Leadership Corps. At that time, she was selected as one of only four featured Climate Leaders to represent the organization in South African media.

Having predicated her career path on social responsibility, she devotes countless hours to pro bono service advocating for environmental, animal welfare and humanitarian causes. For more than a decade, she served as documentarian and legislative lobbyist for The Paw Project, and since 2009, she has served on the Board of Directors of Friends of Africa International where, as its current Vice-Chairman, she is overseeing development of conservation and humanitarian projects throughout Africa. She currently divides time between Southern California and Phoenix where she continues to pursue projects aligned with her mission to create a better world, one word at a time.